“The notion of directing a film is the invention of critics – the whole eloquence of cinema is achieved in the editing room.”
Orson Welles

A few years ago, I went to the Getty Museum in Los Angeles. Our school had something called Independent Studies where, as a teacher, I could create a class for credit with a contract with a student. In this case, the class was about looking at how the masters painted light. I had three students and we went three times in one semester to the Getty.

On this day, we were looking at the Dutch Masters. This is from an era in the early 1600s that some call a Golden Era of painting and art making. These guys were excellent.

Here is an example of their work for you to look at with me today: 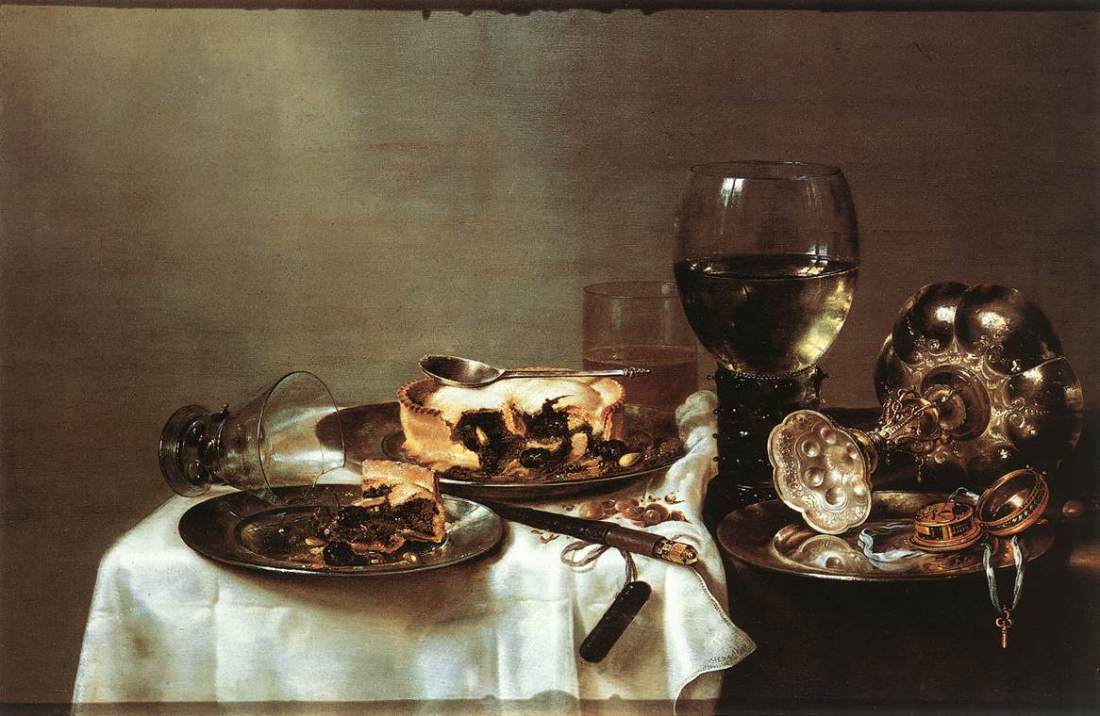 The light is coming from the top left. The artist has placed a lot of items that are curved in this still life painting. How the light is shown on the metal and glass is interesting.

Here is the deal. We should be in awe of the skill of this artist. Look at the glass! When I was at the museum, I found that I had to really work to set aside my life-time exposure to photography. The question is to me: can I appreciate this work after living a life where photo-perfect work is commonplace? The skill needed to paint the three glasses, the chalice thing, the plates and the spoon is genius, realistic.

Today, when we look at film, we have grown accustomed to seeing CGI, computer-generated imagery.. With our willful suspension of disbelief we accept giant robots and crazy explosions that cost the studio only the price of the software. When a train derailed in a 1940 film, that was a big deal but today we accept but are not (really) impressed.

This was not always the case. When the original King Kong came out, along with the giant ape and dinosaurs, there was a scene with spiders. This upset the audience so much that they kept talking and chattering through the movie and eventually the scene had to be cut from the film after it’s release.

The question now is, “when are we really seeing a performance from an actor”? We’ve always sort of known that an actress might use onions to get tears before a scene in the old movies, today they can be placed on her face post-production. When do we know that we’ve seen an Oscar-worthy performance?

The next question is, “will we ever nominate a fully CGI’d character for best actor”? The point is that we don’t know what we are seeing because we have gotten used to the software. Like when I looked at the painting at the Getty, I struggled to really see what was there.

We have seen movies like The Lord of the Rings and Birdman and The Shape of Water win in the Best Picture category; all heavily layered with CGI. Black Panther is up this year for best picture, the first super hero movie to be nominated.

Exciting times in the movie industry!